Cruise from Paris through Normandy's countryside, uncovering its many charms: Richard the Lionheart's Chateau Gaillard, the medieval capital of Rouen, Monet's beloved home in Giverny and the famed Normandy beaches.

Normandy has been the setting for many battles over the centuries, including the D-Day invasion of WWII, and the Normandy Beaches mean different things to different people, so you'll have a rare choice to visit several of its historic sites, such as Utah and Omaha beaches, Juno Beach or the famous 11th-century tapestry depicting the Battle of Hastings.

Experience a different side of Northern France's history with a choice to tour two majestic palaces, Versailles, once home to Louis XVI and Marie Antoinette, or Château de Malmaison, once home to Napoleon's first empress, Josephine.

See the best of Paris in one of three ways via the "Heart of Paris" cruise and city tour, an exclusive "Do as the Locals Do" tour or an exclusive guided "Go Active" bike tour. There are plenty of opportunities to take part in more active experiences, such as golfing at Rouen's Mont-Saint-Aignan and at Sainte-Mère-Église in Étretat, perched on the cliff high above the sea, making playing golf here a memorable experience and visual feast. 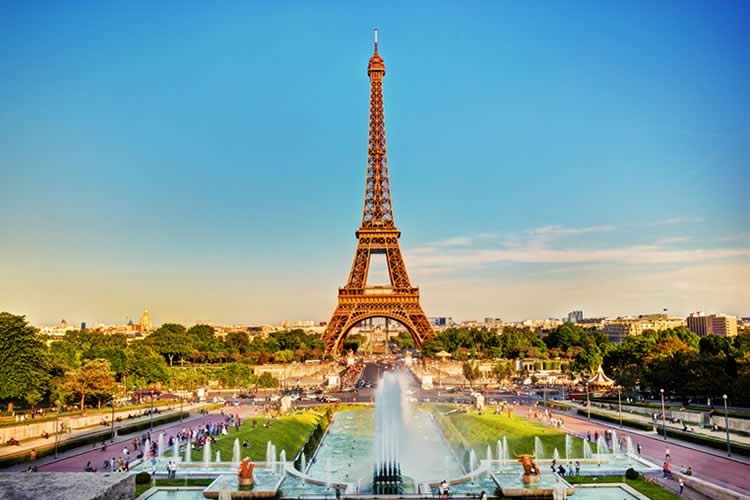 Arrive at Paris Charles de Gaulle Airport, where you will be transferred to the ship.

Today is a celebration of Northern France’s natural beauty, with an excursion to a splendid chateau and gardens situated in an equally grand setting, plus a chance to immerse yourself in the very landscapes that inspired Impressionist master Claude Monet. Visit the hilltop Chateau La Roche-Guyon, surrounded by beautiful gardens and offering sweeping views over the Seine. Later, you can visit the home and gardens of Impressionist master Claude Monet—the inspiration for many of his most beloved works. Or, take in the beautiful French countryside in a more invigorating way, with a guided bike ride from Vernon to Giverny.

Walk in the footsteps of greatness in Normandy’s medieval capital, a city with a historic quarter that remains amazingly intact. From the cathedral Monet painted dozens of times to the cross marking to spot where Joan of Arc was martyred, Rouen is a treasure trove for the culturally curious. The medieval capital of Normandy, Rouen has managed to preserve much of its historic core, despite being turned into a battlefield numerous times. The roll call of famous people who lived or died in Rouen is long and varied— Richard the Lionheart, Joan of Arc, Gustave Flaubert and Claude Monet are among them.

Golfing? On a river cruise? This delightfully unexpected excursion—a Uniworld exclusive—features a dramatic links course set atop Normandy’s Alabaster Coast. In a word, magnifique. Not into golf? Stroll through seaside Honfleur, captured on canvas by generations of artists. Caudebec, a lovely little town on a serene loop of the Seine, is your base for one of two very different excursions. You could drive through the beautiful Calvados countryside to Honfleur, a delightful seaside harbor and city of painters, or head to the windy cliffs of Étretat for a game of golf.

FEATURED EXCURSIONS: Choice of Utah and Omaha beaches, Sainte-Mère-Église OR Juno Beach OR Bayeux, and Arromanches and the American Cemetery

The Normandy coast will forever be associated with the Allies’ D-Day invasion, a day that comes vividly to life today on an excursion to the beaches of 1944. Or travel even further into the past with an up-close look at the thousand-year-old Bayeux Tapestry, depicting the Norman conquest. Immerse yourself in the tactics, desperate courage and horrendous human cost of the 1944 Allied invasion of France, the first step in the ultimately victorious land campaign against the Third Reich. It began here, on these Norman beaches, each of which was assigned a code name by the Allies as they planned their attack.

How did France’s rulers live over the centuries? Step into the private rooms of either the Palace of Versailles, the lavish palace built by the Sun King, or Château de Malmaison, home to Napoleon Bonaparte’s Empress Josephine, to find out.

Whether you’re a first-time visitor to the “City of Light” or you’ve been here many times before, there’s something for everyone today in Paris. Enjoy a panoramic overview of the city, join a local expert for a walk through two much-loved neighborhoods, or pedal your way along the Left Bank, a fresh and fun way to take in the sights.

Disembark the ship and transfer to Paris Charles de Gaulle Airport for your flight home. 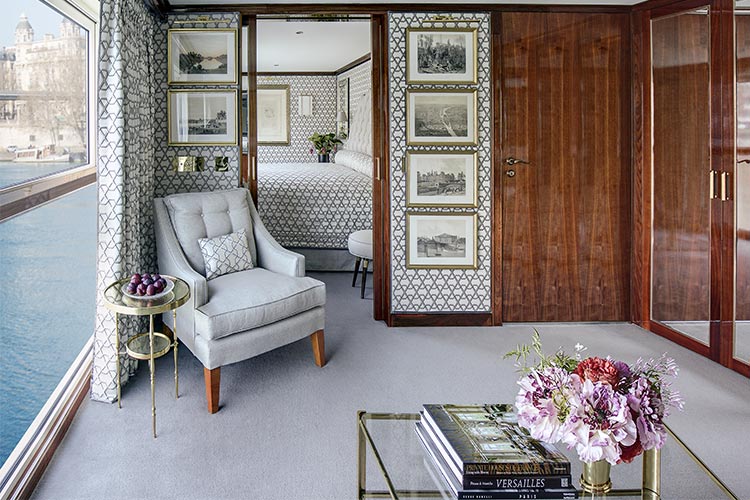 Terms and conditions apply, all offers are subject to availability and operator booking conditions. All savings are included in the fares shown and were correct at time of print, but are subject to change. Fares are per person based on 2 people sharing a stateroom. *Savings of up to 30% are valid to new 2020 bookings on selected dates made by 29th February 2020. Exclusive £200pp savings are applicable to new bookings only. Order of sightseeing may change throughout the itinerary. Substitute visits to other sites may occur during your trip due to water levels or other uncontrollable factors. Fares are subject to availability and may be modified at any time. Other restrictions may apply. We charge a one-off small £20 booking fee. That’s it - nothing more and no add ons when you pay the balance. ABTA P6710 E&OE.