This unforgettable journey from Nuremberg to Budapest is favoured by first time cruisers and veterans alike. In eight days, you will travel through the ages, exploring some of central Europe’s most cherished historical landmarks. Walk the streets of Regensburg, explore Melk’s 900-year-old Benedictine Abbey, and join a local family for a home-hosted lunch in Bratislava. The romantic Danube winds through many of Europe’s cultural highlights. From the music halls of Vienna, graced by history’s greatest musicians, to the wine-growing regions of central Europe – the Danube Delights cruise explores the wonderfully-preserved heritage of the continent. Watch a millennium of architecture unfold before your eyes, with awe-inspiring buildings flanking the river, paying testament to the beautiful waterway. 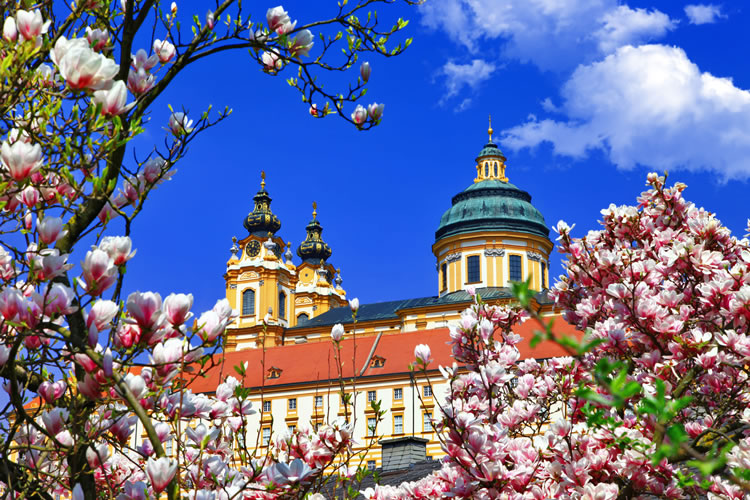 Arrive at Munich Airport and transfer to Nuremberg to embark your Emerald Waterways luxury river cruise ship and where you will be welcomed by your Captain and crew. Nuremberg is situated along the Main–Danube canal, an engineering masterpiece linking the rivers of Germany with the mighty Danube which flows from the Alps to the Black Sea.

This morning’s sailing takes you through the final stretch of the fascinating Main-Danube Canal to Kelheim. As you cruise along the Danube River you’ll reach Regensburg. On your guided walking tour you’ll have the chance to admire one of the oldest bridges crossing the Danube as well as the city’s architectural highlights. Southwest of the Stone Bridge in Regensburg lies the old merchants’ quarter, where you’ll get to see a number of old tower-houses and the picturesque Old Town Hall that dates from the 14th century with historical apartments, a Medieval courtroom, and collections of art and antiquities. This evening, you have an invitation to enjoy a Welcome Dinner where you’ll be able to meet other guests, crew and the captain, and acquaint yourself with life on the river.
EmeraldPLUS: Evening entertainment with a traditional Bavarian Band.
Included excursions: A guided tour of Regensburg.

Cobblestone streets and graceful arcades welcome you in the beautiful city of Passau. On this morning’s walking tour, stroll through the old town’s narrow alleys and see the hilltop Oberhaus Fortress from the town below. Visit St. Stephen’s Cathedral, a wonderful example of Baroque architecture and home to Europe’s largest church organ with more than 17,000 pipes. Return for lunch and an afternoon cruising along the Danube River.
Included excursion: Guided Tour of Passau.
Discover More: Tour to Salzburg (extra expense). *** Please note, you can only choose either the Salzburg Discover More or the Passau included tour, as both of these tours run at the same time.

Situated within Austria’s wine–growing region, Melk is home to an imposing 900–year old Benedictine Abbey which features Austria’s finest Italian baroque architecture, with its ornate gold leaf walls, 640ft Imperial Corridor and fresco ceilings. Later the ship sails through the spectacular Wachau Valley and on to Dürnstein, one of the most enchanting villages of the Wachau wine region. This is the site of the castle where Richard the Lionheart was imprisoned after returning from the crusades in the 12th century.
Included excursion: Tour of Melk Abbey.
EmeraldACTIVE: A guided biking tour along the Danube River from Melk to Durnstein OR
EmeraldACTIVE: A guided hike to Durnstein Castle

Welcome to Vienna, the capital of classical music. Today you have a choice of either exploring Austria’s capital beginning with a drive along the magnificent Ringstrasse, where we will see Vienna’s world famous Opera House, Burgtheatre, Spanish Riding School, Town Hall, St. Stephen’s Cathedral and the Hofburg Imperial Palace. If you feel active, join the guided bike tour instead of the drive around and guided walk.
Included excursion: Drive around the Ringstrasse and a guided walk through Vienna’s city centre OR
EmeraldACTIVE: Guided bike Tour.
Discover More: Exclusive Viennese concert with music from Mozart and Strauss (extra expense).

Set on the crossroads of ancient trade routes in the heart of Europe, Bratislava the capital of Slovakia, embodies various cultures – primarily Celtic, Roman and Slavic. Enjoy a sightseeing tour including the enchanting Old City with its Town Hall, Mirbach Palace and the Gothic Cathedral of St Martin. In the afternoon, you can either take part on the EmeraldACTIVE hike to Bratislava castle or the EmeraldPLUS. This evening the Captain will be delighted to welcome you to the Captain’s Gala Dinner.
Included excursion: Walking Tour of Bratislava.
EmeraldPLUS: Home Hosted Coffee and Cake with a Slovakian Family OR EmeraldACTIVE: Hike to Bratislava castle

Budapest is Eastern Europe’s liveliest and most cosmopolitan city. Enjoy a guided tour of the city sights including the Hungarian Parliament Building, the Buda Castle and the Chain Bridge linking Buda and Pest or an exciting hike on the Buda Hill. This evening the ship will take you for a night–time cruise along the Danube, passing under the city’s numerous bridges, whilst enjoying a traditional Hungarian farewell dinner, complete with folk dancing and music.
Included excursion: Guided Bus Tour of Budapest OR
EmeraldACTIVE: A guided hike to Buda Hill.
EmeraldPLUS: Traditional Hungarian Folklore Show & Budapest Evening Cruise.

After breakfast to prepare you for the day ahead, it’s time to say your goodbyes before you’re transferred to the airport and your journey home begins.

Terms and conditions apply, all offers are subject to availability and operator booking conditions. All savings are included in the fares shown and were correct at time of print, but are subject to change. Fares are per person based on 2 people sharing the lead in grade stateroom unless otherwise stated. Savings of up to £1,200 per person are valid on new bookings only. We reserve the right to withdraw our offers at any time. ^Itinerary operates in reverse. We charge a one-off small £20 booking fee. That’s it - nothing more and no add ons when you pay the balance. E&OE. ABTA P6710.