It’s true what they say: Strasbourg is both a history lover's and a river lover’s dream come true. Located on the banks of the Rhine, just across from the German city of Kehl, and within the Alsace region, Strasbourg is an ancient river city. The many canals running through the area allow visitors the opportunity to step straight off one waterway and on to the next. This approach offers a unique perspective on the history and culture of the region, as well as the importance of the most famous sights, such as Petite France and the Grand Île, both hubs of industry in their times.

While the city has been an important centre of trade and commerce ever since Roman times, it has also long been a site for pleasure and relaxation. Although it has switched hands between the French and the Germans more than once over the years, the two cultures are not at odds here and instead have developed something altogether new. So why not hop off the cruise and take a wander through the city? By foot or by boat, the city’s multicultural identity can be best understood through its art, architecture and, of course, its food.

Grand Île is the historic island heart of the old city and a great place to head to if you only have a day or two to spare. All the major attractions are here, including the four historic churches of St Thomas, St Pierre-le-Vieux, St Pierre-le-Jeune and St Étienne, as well as numerous ancient hotels, all of which seem to have been the birthplace of some king or another, or some equally famous person. It is also home to Petite France and Strasbourg Cathedral. 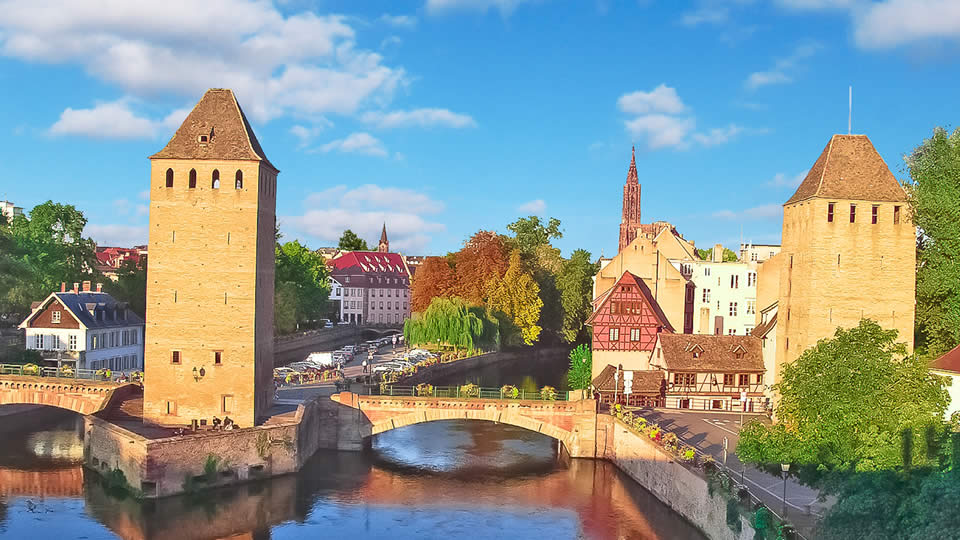 No guide to Strasbourg would be complete without at least a passing mention of Petite France. Following the curve of the canal, this picture-perfect city quarter is, as the name suggests, the part of France which always survived. Half-timbered houses seem to topple over each other towards the still waters beneath, with an array of summer flowers exploding from window boxes left, right and centre. The buildings date from the 16th and 17th centuries and once housed the well-to-do merchants and prosperous milliners of the time. All are still in use today.

Not to be mistaken for its larger Parisian cousin, the Cathedral Notre Dame of Strasbourg is an outstanding masterpiece of Romanesque and late Gothic art. With the same magical, fairy-tale qualities, this one is perhaps even more beautiful, as the traditional Alsatian houses surrounding it steep the building in history. Unsurprisingly, it’s the second most visited cathedral in France - the first one being the Parisian Notre Dame. It would probably attract even more visitors if Strasbourg were more accessible, and that is one of the great things about river cruising: it makes travelling to these hidden cities a day-trip. 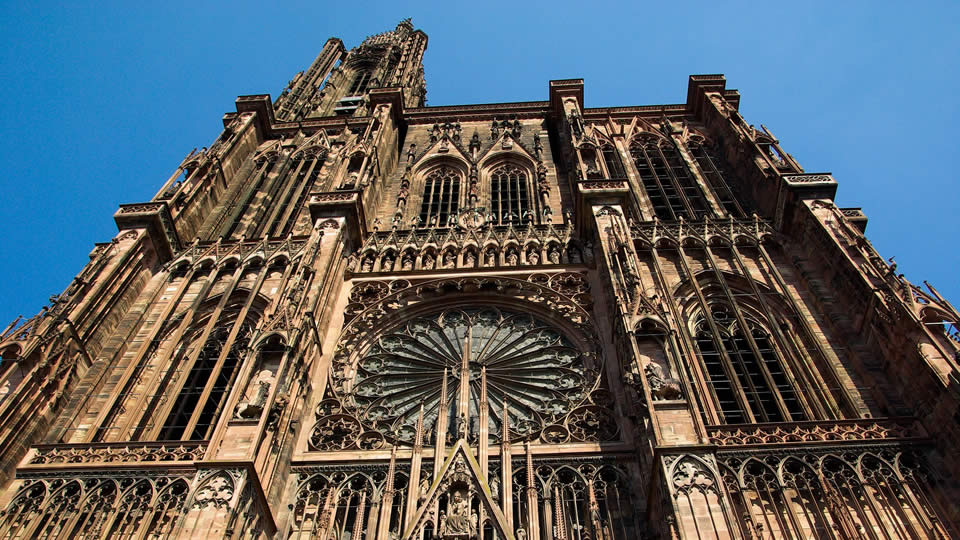 To absorb the history and culture of the city and region fully, it is essential to taste it. The combination of German and French cuisine might not sound like an especially good idea, but the people of Strasbourg have in fact taken the best of both. Weiner Schnitzel, coq au vin, flammkuchen, crème brulée and crêpe Suzette are all menu favourites. The locals also fully embrace a small red wine on any occasion, as well as a range of local schnapps.

View a selection of our best river cruises to Strasbourg - enquire online or give our award-winning team a call on 0800 810 8220.

Terms and conditions apply, all offers are subject to availability and operator booking conditions. All savings are included in the fares shown and were correct at time of print, but are subject to change. Fares are per person based on 2 people sharing a stateroom. RiverCruising.co.uk ABTA P6710 E&OE.