When Carol, my wife brought home river cruise brochures for a week’s break, I thought what could a boat on a river possibly do for me? I enjoy ocean ship cruising with all the services and indulgences they provide, so felt skeptical. But in one brochure, David Winterton (Emerald Waterways) wrote “Intriguing itineraries, inclusive service, modern and innovative ships, daily guided excursions etc." I said to Carol, I’m interested – let’s go!

We left Manchester for Munich with Lufthansa Airlines; a comfortable flight. Munich airport is huge, clean and very modern, but huge! We were not clear where to collect our luggage. After 3 or 4 escalator descents and a short shuttle ride, we eventually found the Baggage Claim area and our luggage.

At the Exit Gate a smiling Emerald Rep guided us to our transport to Nuremberg; a new, private people’s carrier, that we shared with another couple for our 80 min journey.

On arrival at the river berth, the Emerald Star lay on the water; sleek, stylish and serene, ‘mmm’ I thought, this is getting very interesting. Simone, cruise director, met us with drinks and ushered us to reception to register, as our luggage was whisked away in seconds to our Panorama Balcony Suite.

Initial impressions very good, as I stood within a small three-tiered atrium, that also had a ‘lift’ to the two decks above. To be honest it would take too long to write about every feature on the ship (yes, I have been converted!), but I’m sure the team at RiverCruising.co.uk would only be happy to provide the same brochure I had!

Briefly, our cabin was compact and ingenuously designed with copious deep drawer space, and enough room under the bed to store all our luggage. The 180 sq. ft. area was ideal for the week. The ‘inside balcony’ was actually a floor-to-ceiling cabin width window, where the top half drops down electronically behind the bottom half – Hey presto, a balcony – how good is that! 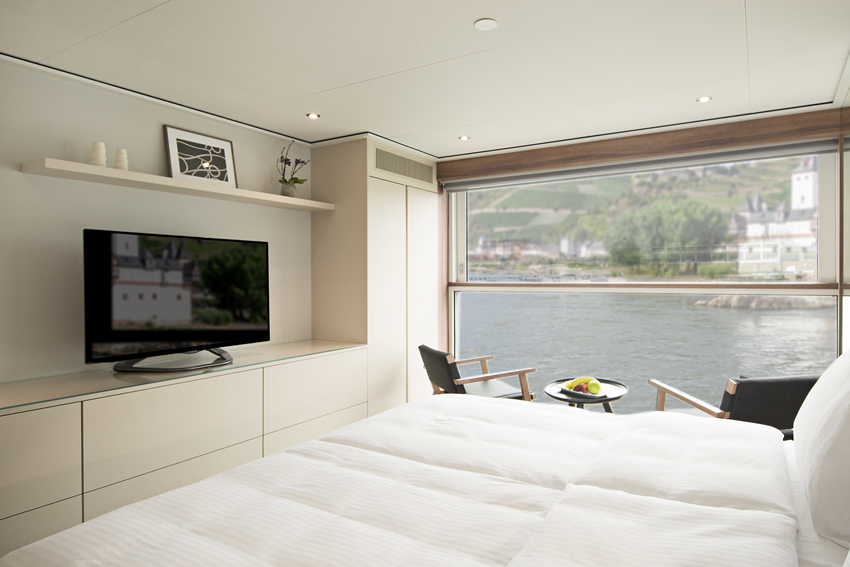 Later we met Simona and Albert (Hotel Director) for reception drinks in the small pool area, a tranquil and peaceful place which had a retractable roof over the pool, for sunny weather. And at night, the pool was converted and the area became a cinema – getting better all the time! 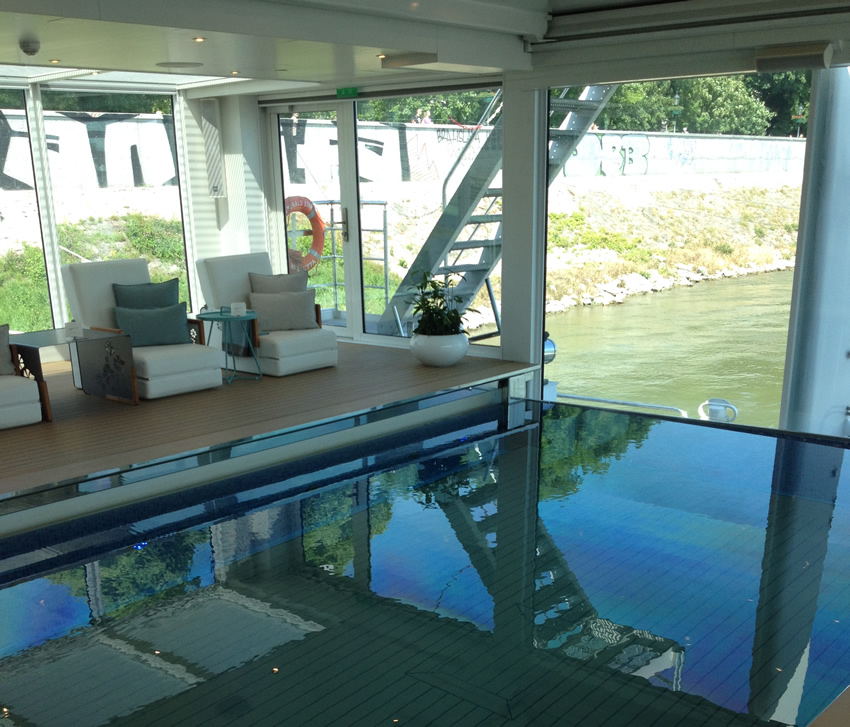 In the morning we cruised the fascinating Main-Danube Canal to Kelheim, then continued along the Danube to Regensburg – a well preserved medieval city. As we berthed other river ships were moored up, which gave us the opportunity to compare, needless to say. ‘Star’ was the most superior.

Carol and I did our own walk around the city, viewing several interesting sights – St. Peter’s Cathedral, the Old Stone Bridge, and a historic sausage kitchen! In the evening we had an excellent meal in the spotless and spacious restaurant, then were entertained in a very comfortable and large bar lounge by a traditional Bavarian Band. Hilarious. 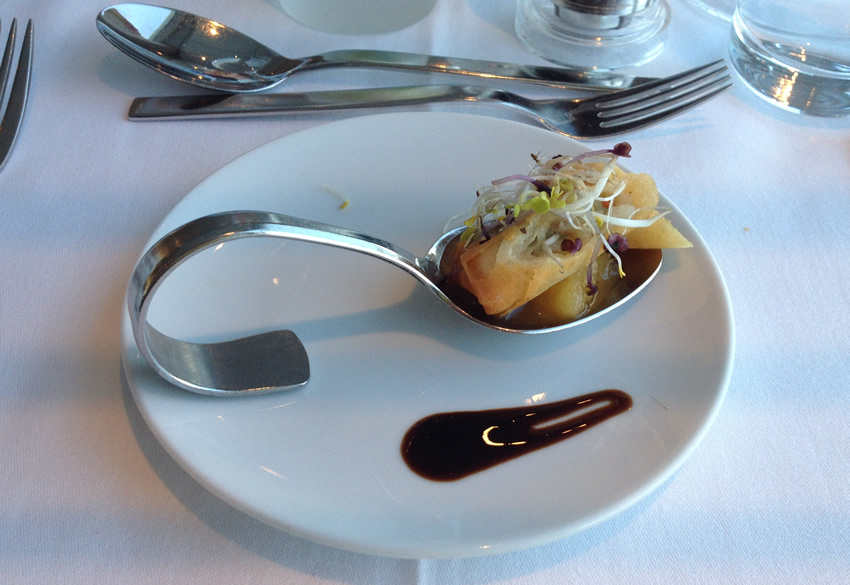 Carol and I did our own walking tour again, visiting St. Stephen’s Cathedral (my favourite) with its brilliant Baroque architecture, and housing Europe’s largest church organ with more than 17,000 pipers. Fascinating! Who counted them? 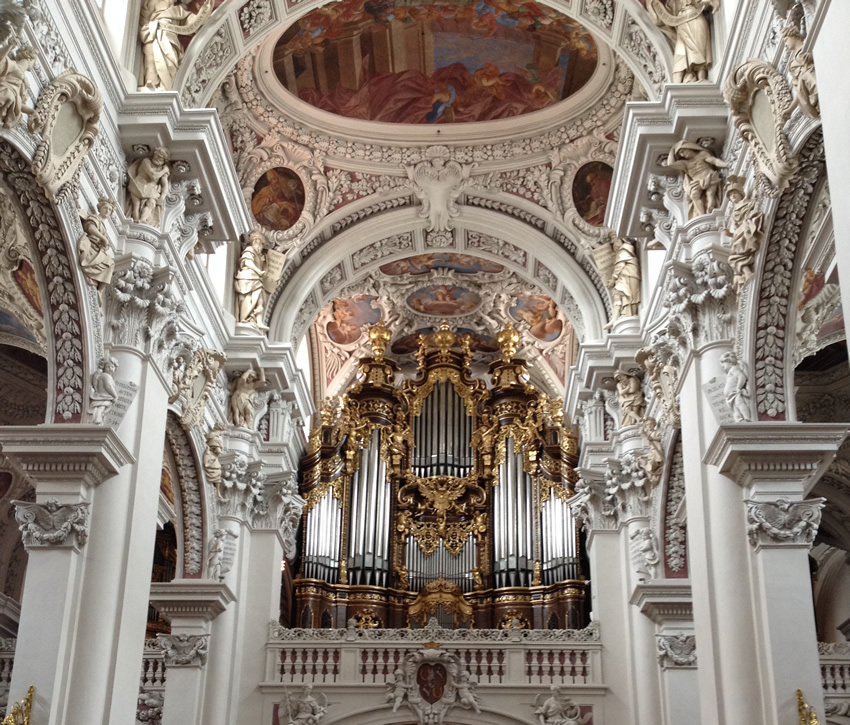 The scenic Wachau Valley between Melk and Krems along the Danube, has charming landscapes dotted with romantic castles and chapels on steep wooded hills. Who carried the stones up there and how??! Lost count of the number of vineyards and orchards along the banks of the river, but we were in Austria’s best wine-growing region. 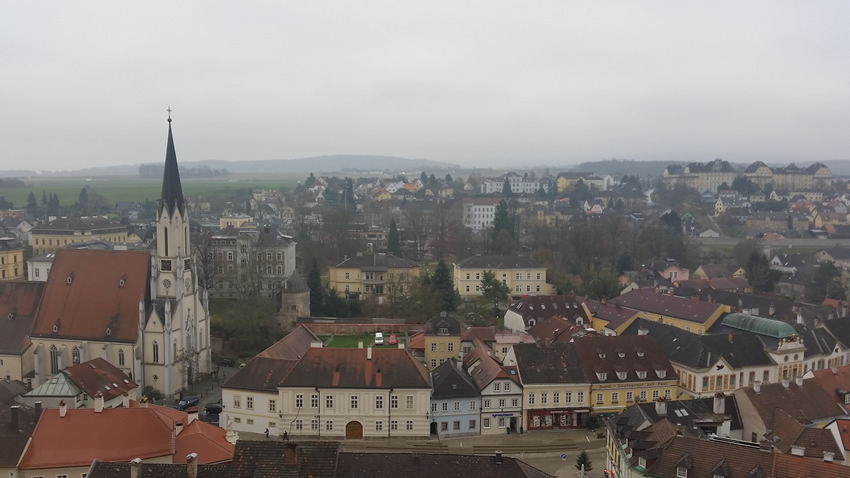 As the ship moored up in Durnstein a picturesque town, you could see a ruined castle high above it where, apparently, Richard the Lionheart was imprisoned in 1192. 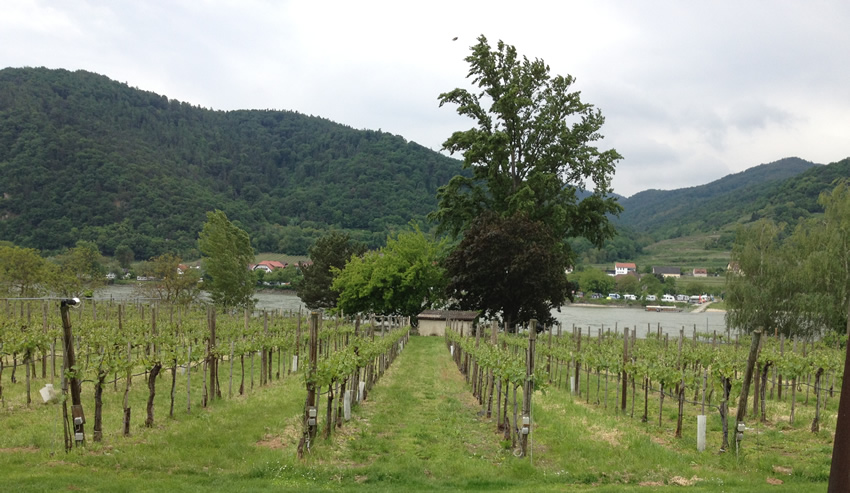 Late afternoon we had a presentation onboard of the apricot fruit, which flourished in the area, and is enjoyed in everything you can think of. I loved the liqueur as did my fellow male cruisers! However, the wines produced here are Austria’s best and I would seriously recommend the Gruner Veltliner, a dry white wine of the region. Outstanding!

Following another excellent meal and service, we were treated in the Horizon Bar Lounge to the one and only: Crew Variety Show, Sorry to say, the enthusiasm, hilarity and content, on a small area by amateurs, pales into insignificance some of the professional shows on sea going cruises. Extreme entertainment.

The ‘City of Waltzers’ and more to me. Carol and I had to do the ‘amble’ walking excursion as there was so much to see in Austria’s Capital; beginning, Opera House, Burg theatre, Spanish Riding School, St. Stephen’s Cathedral, Hofburg Imperial Palace and more. This vibrant city as we walked, displayed also very fashionable dressed women shopping, plus, exuberant ‘Fashion clothes shops’ equal to London. 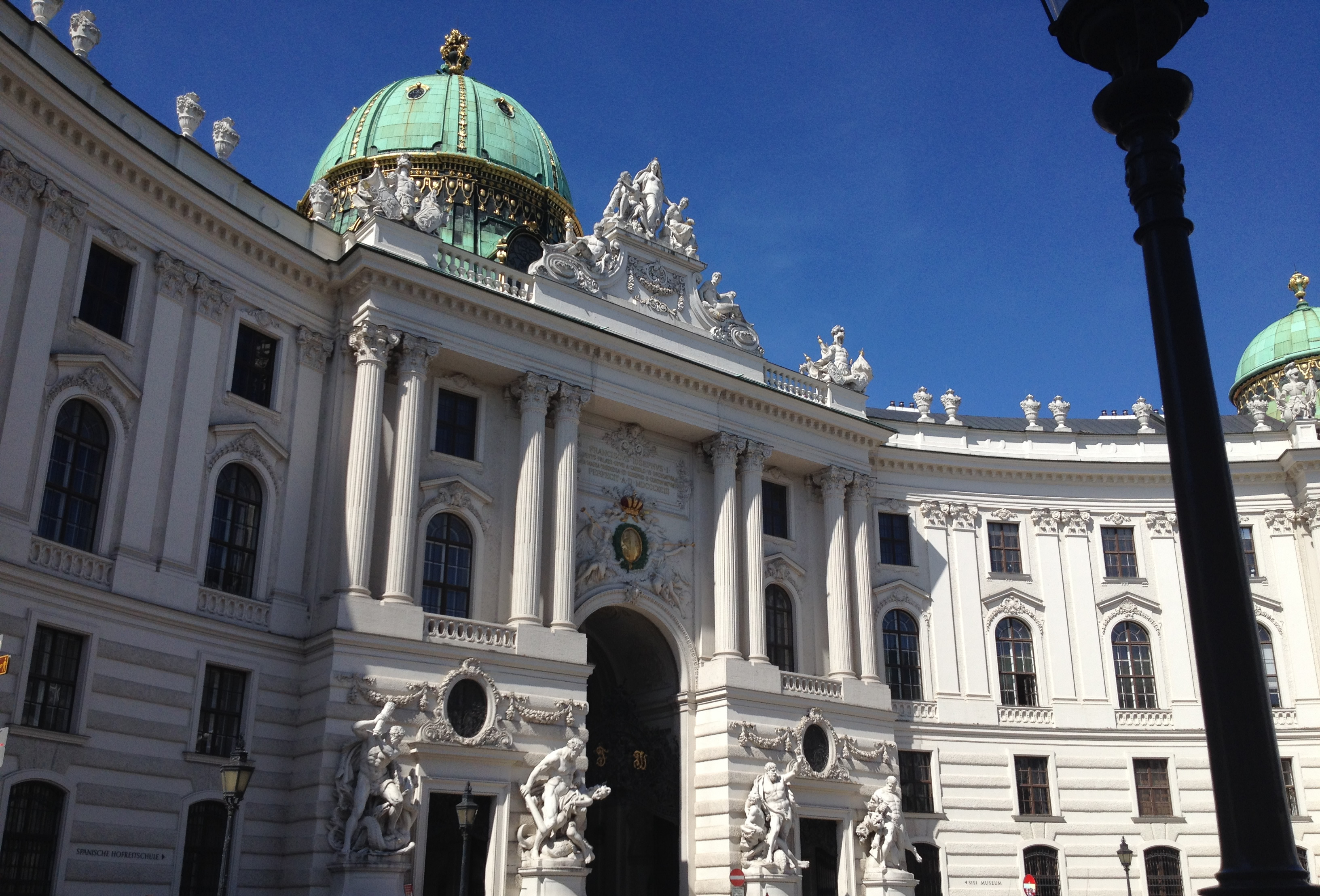 Our tour guide which we could hear on our ‘ear receivers’ was extremely knowledgeable, historically perfect, humorous and helpful in every way. Apparently most River Cruise Tour Guides have a 5/6 week induction training programme, with Emerald Waterways it is a 2 year course! I flippantly asked the question, “did you get a degree at the end?”, the response was, “no, a job!”

In the evening was Carol’s first highlight of the cruise, an exclusive Viennese Concert at the Imperial Palace for Emerald Waterways guests only! Music from Mozart, Beethoven and Strauss by the Vienna Imperial Orchestra and its vocal soloists. Amen to that!

The capital of Slovakia; after another superb breakfast, with the ‘egg chef’ providing ‘spot-on’ fluffy omelettes, Carol and I decided to stroll through the city to enjoy its culture and history. We were amazed by the ‘street music’ and ‘café’ style atmosphere on most streets, and the number of young people either working in licensed premises or, as street vendors with their delicious ice-cream carts or food stalls. We were very impressed by the cleanliness of all areas with the city, actually, with every stop on the cruise. 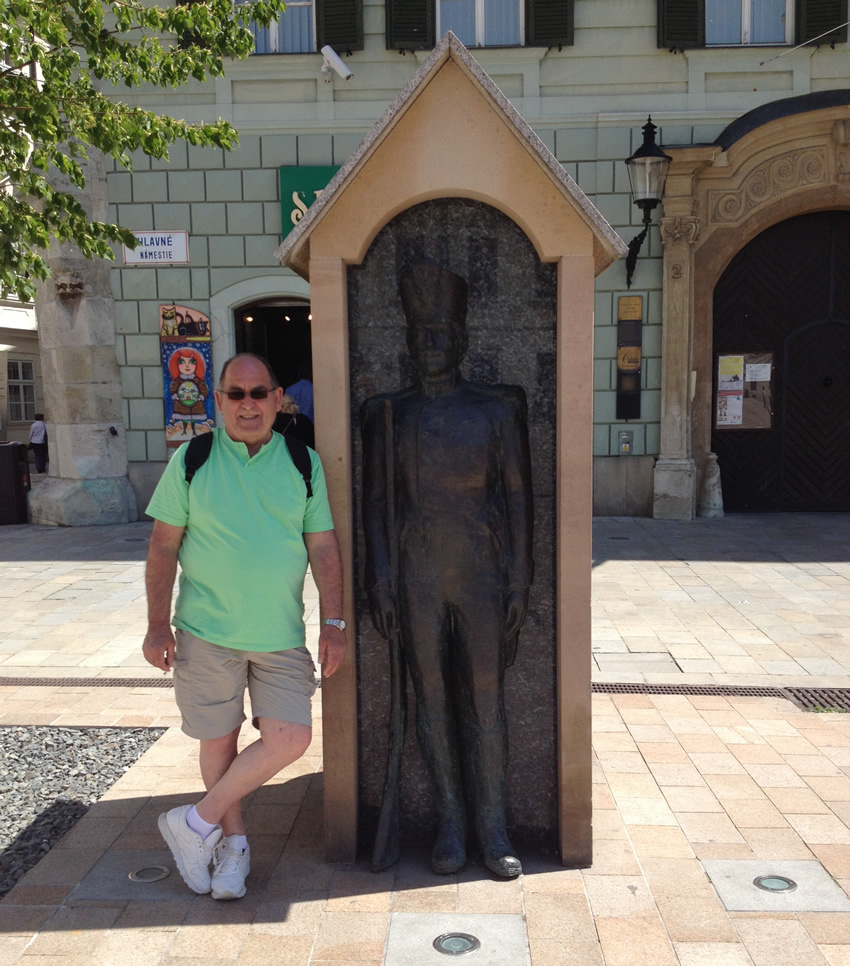 When we moored up alongside another river cruise ship to go sight-seeing we had to navigate short ‘gang-planks’ between ships to access the shore. Not a problem, it just gave us the opportunity to ‘nose’ at the other ships as we crossed! Throughout the cruise, Simona had advised, briefed, and was always on-hand (like all the staff) if we had any problems. It was on her daily briefings on the next port of call, that she pointed out ‘Buda’ lay on one side of the river, and ‘Pest’ the other; together Budapest made one city, the capital of Hungary. Not a lot of people know that, Carol and I did not.

The two cities were joined in 1873 and are linked by eight bridges, it also has 80 museums that reflect its cultural heritage. I think that most people my age probably remember the 1956 people’s uprising against Soviet oppression and rule, where Hungary became global attention and got support at that time, and won.

Carol and I walked to Margit Island, in the center of the river connected by a bridge, it is probably twice the size of Blackpool’s Stanley Park, with many attractions. The musical dancing fountain was something else. We hired a ‘Noddy’ electric carto transverse the many ‘Parks’ pathway’s. Carol’s driving was like a ‘dervish’ unleashed; I left so sorry for the OAPs that were quietly enjoying the sunshine on the many benches around the park, as they knee-jerked their legs under their chin to avoid amputation as Carol flashed by! Women drivers say no more; anyway, I had my eyes shut!! 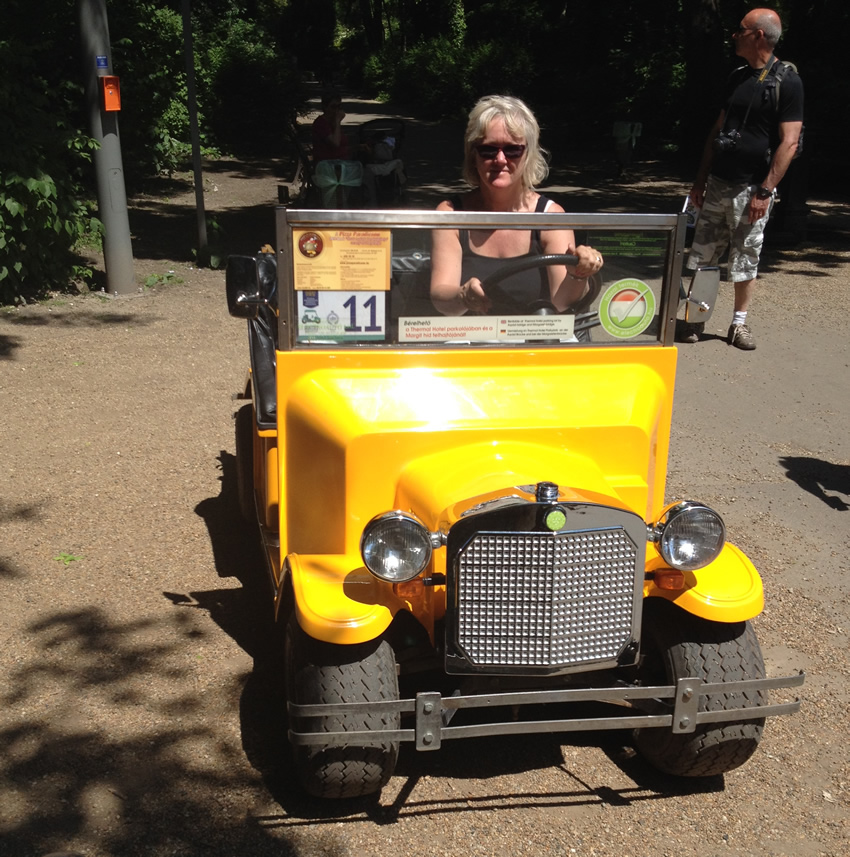 But yet, the best was to come, Carol and I agreed, THE highlight of the cruise without question. Following dinner, we were invited to ascent the ‘sun-deck’, the ship slipped its moorings in darkness and transvers Margits Island to cruise back up stream. We were met with a splendor of a kaleidoscope of colour, provided by the lights on every building and bridge, the length of Budapest. Awesome, breathtaking and a fantastic ending to our river cruise. 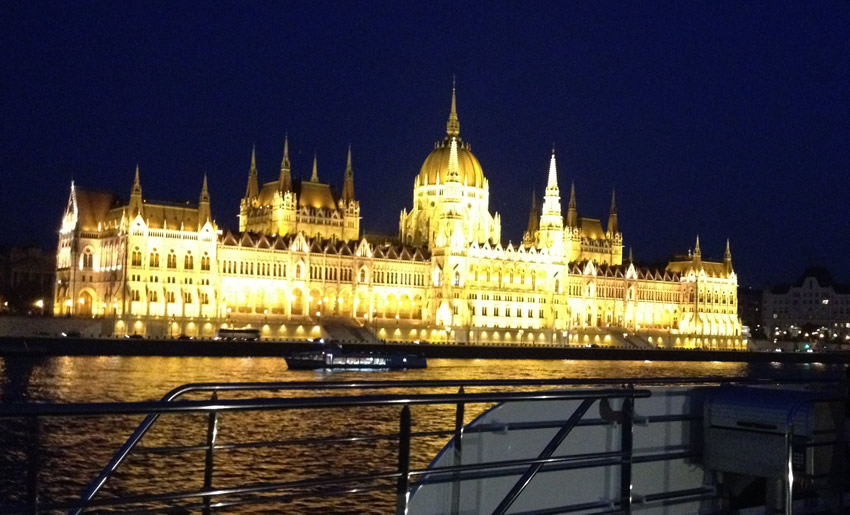 On review, Emerald Waterways provided an intimate, up-market river cruise experience, with excellent cuisine, service and comfort. The crew, mainly European, had been trained to high standards where the customer care code was exceptional.

Without a doubt, we will cruise another river one day – it’s the only way to visit the past and present on nature’s own waterways.