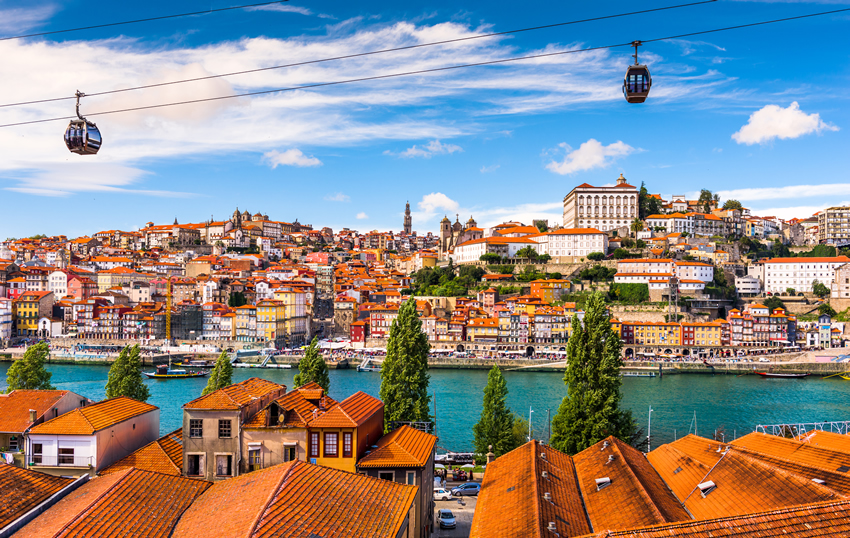 Portugal’s Douro River brings a rich and contrasting flavour to European river cruising. Unlike the busy bustle of continental voyages along the Rhine and the Danube that pass through the likes of Cologne, Budapest and Vienna, the so-called River of Gold casts a more soporific spell as it weaves its way through the Douro Valley.

This is less a cruise about cities, and more a sailing of scenery and serenity as vessels follow the centuries-old route taken by the first port traders through a landscape so beautiful it has gained Unesco World Heritage status. Steep-sided valleys and precipitous slopes sculpted with vineyards hint at the world-famous port wines produced here, with different varieties readily poured on tastings at pretty wineries – or quintas – along the river. 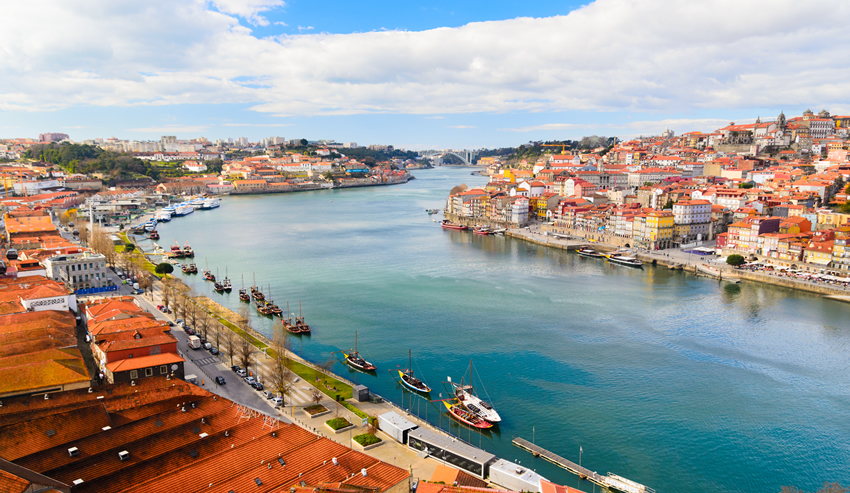 The Douro runs through Spain and Portugal, but is only navigable on a 125-mile stretch between the picturesque coastal city of Porto and Vega de Terron on the Spanish border, where riverboats have to turn back and retrace their route. Round trips take roughly four or five days, so river cruise lines generally add a couple of nights while the vessel is moored in Porto, giving passengers time to explore the city either before or after the voyage. Some companies also include a stay in Portugal’s capital, Lisbon, a 2.5 hour train ride away.

Travellers should pick their time carefully as the peak summer months of July and August can be blisteringly hot at around 40 degrees Celsius, while early or late season weather can be chilly. But in fine weather, the Douro is a perfect setting for drinking in the views and learning about the heritage of the river, when wooden “rabelo” boats, laden with barrels of port wine used to navigate its treacherous waters to the port houses further downstream.

The Douro’s waterfalls and fast-flowing rapids claimed many a precious cargo, and in 1862 this included an English baron who drowned when his boat foundered on rocks near the Valeira Gorge. His body was never found and it is thought the weight of his money-belt, full of gold sovereigns, dragged him down to the riverbed. The ladies accompanying him had a luckier escape as they were able to float to safety when their crinoline skirts filled with air.

Today’s cruisers needn’t entertain such worries as the Douro’s frothing waters have been tamed by towering locks (among the tallest in Europe where waters rise and fall by up to 115ft) creating a succession of dams providing hydro-electric power. Admiring the scenic backdrop is a big part of sailing along this river, though it’s also a natural fit for wine-lovers and history enthusiasts.

Excursions are a must as there are few places of interest directly on the river and little scope for wandering ashore to explore on your own. One of the main stops is the town of Regua, from where passengers are taken to Vila Real to see the handsome baroque palace Casa de Mateus with its stunning gardens. Sharp-eyed visitors may recognise it as the grand building pictured on the labels of the famous Mateus Rose table wine – even though the popular tipple is not produced there. 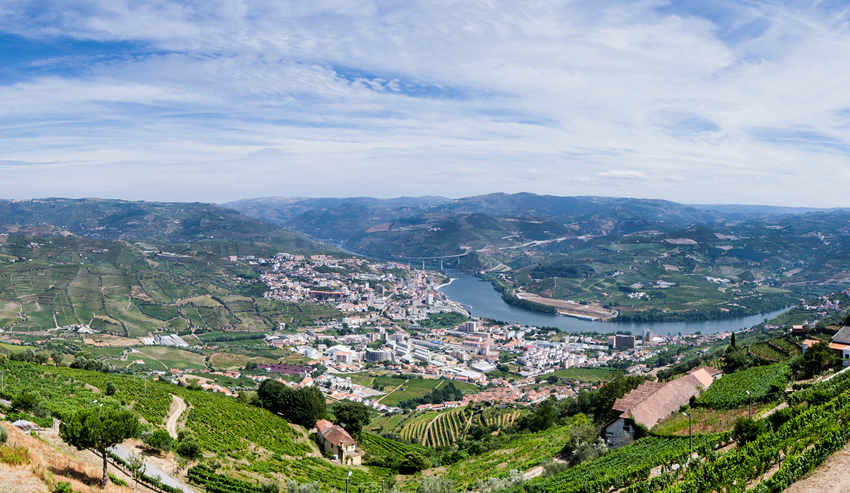 The sleepy village of Pinhao is noted for its railway station, containing pretty blue and white tiled frescos typical of the region, though Porto’s Sao Bento Station boasts a far more impressive display. Many trips whisk passengers off to deserted villages full of history, beautiful views and Baroque architecture, but as the boats may sail while passengers are ashore on excursions (meeting them further along the river) don’t make the mistake of taking them all otherwise you’ll miss out on parts of the actual voyage. 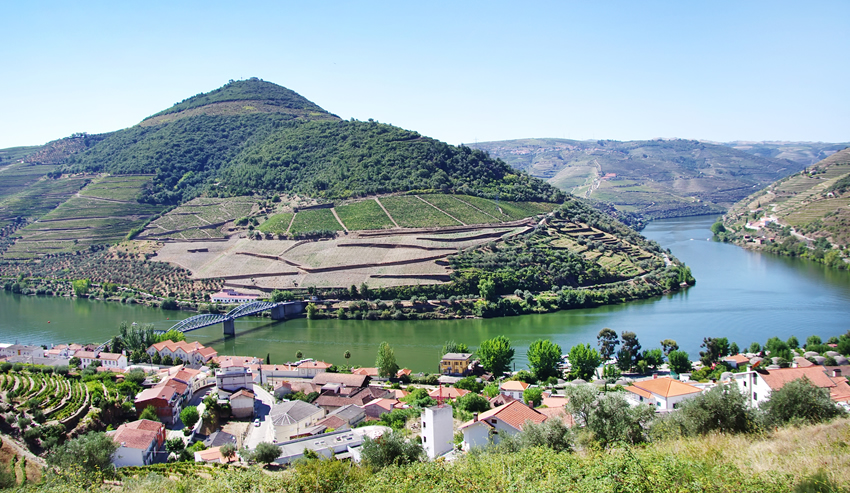 One trip that shouldn’t be missed is the full-day excursion to the Spanish cathedral city of Salamanca, a 90-minute drive from the border at Vega de Terron. Pedestrianised streets and enchanting cobbled walkways lined with souvenir shops and cafes add to its appeal; the warm glow of the sandstone buildings giving it the nickname the Golden City. With two cathedrals and a university dating from the 13th century, Salamanca brims with history and heritage that will satisfy the most ardent culture fans.

The same can be said of Porto, whose historic wealth flowed in on the back of discoveries in the New World, evident in the churches and cathedrals full of frescos and opulent gold leaf. Take a boat trip in a replica “rabelo” and explore the mass of winding narrow streets and pastel-coloured merchants’ houses in the Ribeira riverfront area where a clutch of prominent historical buildings include the 12th century Porto Cathedral and the Gothic Church of Sao Francisco. 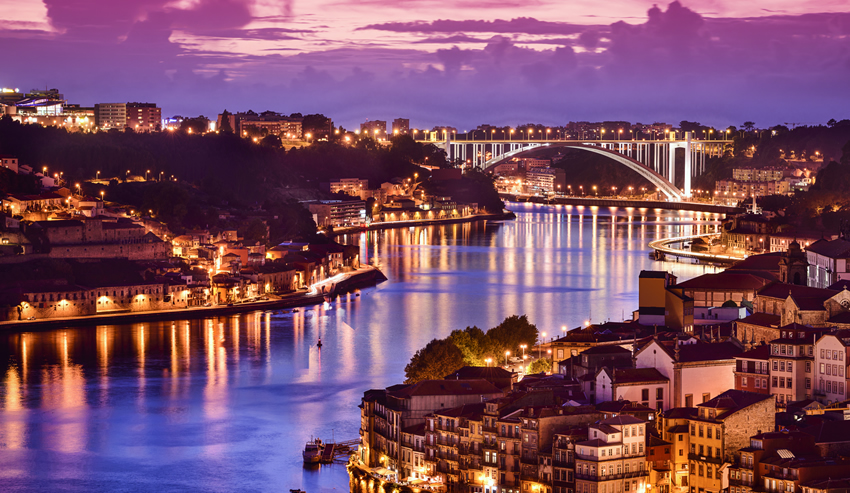 But no cruise along the Douro would be complete without a visit to a local winery or the port wine cellars in Gaia, a rival port on the opposite side of the river to Porto; established in the 13th century to avoid taxes, with famous names such as Taylor’s, Graham’s and Cockburn’s still in evidence. Like the port wines themselves, these cities and the Douro River bring an undisputedly unique taste to a region full of distinctive features.